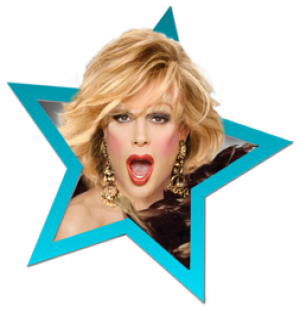 Frank Marino
After 25 years as the star of "An Evening at La Cage", and never at a loss for words, Marino is an accomplished author, newscaster, columnist, spokesperson, and America's favorite male actress. His first book, His Majesty, the Queen, was an immediate bestseller. His movie debut in the film Miss Congeniality 2 where he can be seen co-starring alongside Sandra Bullock was a blockbuster hit as well. Not to mention his award winning guest starring role in the hit Off-Broadway play "Tony n' Tina's Wedding."

In 2005, Las Vegas Mayor Oscar Goodman proclaimed February 1st, to be "Frank Marino Day." Frank also received a Key to the City, has a street, Frank Marino Drive, named after him, and is forever immortalized in the sidewalks of the neon jungle with a star that bears his name on the Las Vegas Walk of Fame. In 2009, Marino was named Las Vegas' "Entertainer of the Century" and after performing to over 10 million people, he is Guinness Book worthy of having the most performances on any Las Vegas stage.

From the moment he steps on stage you realize that there is no other entertainer like Frank Marino. It's not just his campy voice, his smoothly electric performance, or even his impeccable selection of clever comedy material. It's his energy, which of course is the key to putting on any live show.